Emotions make the world go round

Guestblog by: Bianca Meger, Director of Marketing, Beyond Verbal

A few weeks ago we received an invitation from Affectiva to join their Emotion Lab ’16 hackathon. As you can imagine, we confirmed immediately.

Now 5 weeks later, 23 hours of travel and a 36 degree drop in temperature we are on day two of the hackathon. Teams have been created, projects are starting to take shape and form, and things are really starting to get emotional.

“DIVERSITY: THE ART OF THINKING INDEPENDENTLY TOGETHER.”

What struck me as the most awesome fact about this hackathon was the diversity of the participants. Nothing better could describe this hackathon as the famous quote from Malcolm Forbes’ “Diversity: the art of thinking independently together.” We have so many different nationalities all working together as one team, from India, Namibia, Israel, Uruguay, Great Britain and the US (to name but a few).

A variety of occupations such as software engineers to psychologist and most importantly an equal male/female distribution – all with the same goal in mind – making life better through emotions. 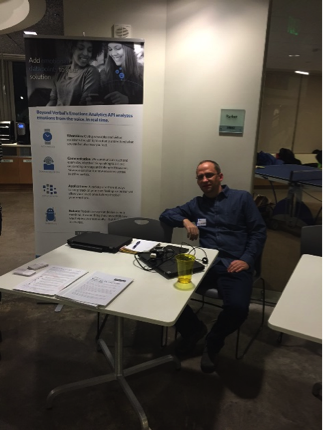 At Beyond Verbal we believe that the voice not only contains words but emotions, wellbeing and even our health. What makes voice-driven Emotions Analytics so exciting is the fact that now there is a method to analyze and monitor emotions from the voice in a non-invasive and continuous manner.

A closer look at one of the teams.

Dot a psychologist who introduces herself as “definitely not technical” presented her idea to all the participants. Almost immediately a team of likeminded members joined together to create an amazing solution for a very important cause.

Without going into too much detail – we still have 11 hours of hacking ahead of us – Dot and her team are creating a solution to help people with Asperger’s Syndrome, monitor how they come across to people they communicate with. Their team will be using Affectiva’s SDK to detect facial expressions, Pavlok – the first wearable that breaks bad habits and Beyond Verbal’s voice-driven Emotions Analytics API. 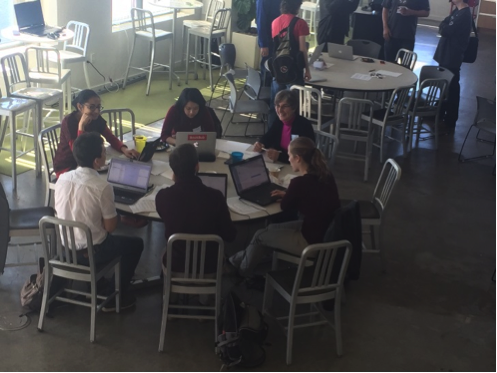 Dot and the team – hard at work

This is just one example where combining our technologies can make a real difference in the lives of real people. As I said things are getting emotion-able here and we cannot wait to see all the interesting projects which will be presented tomorrow morning.