This June marked Queen Elizabeth II’s 70th year anniversary being queen of the United Kingdom.  In response to this momentous occasion, a short film called Ma’amalade sandwich Your Majesty?  was made of The Queen having tea with a British classic icon, Paddington Bear.

In the skit, Paddington and The Queen have afternoon tea together, in which Paddington makes a mess of things at the table, ultimately offering his marmalade sandwich he keeps in his hat.  The Queen respectfully declines the offer, but finally reveals to answer to one of the great mysteries in recent royal history – what she really keeps in that handbag? Which proves to be her own marmalade sandwich.

The video finishes with Paddington thanking the Queen for her 70 years of service, and the two tap their tea spoons to the tune of Queen’s ‘We Will Rock You’.

The combination of iconic and quintessentially British figures of The Queen, Paddington and the band Queen -- while extremely unlikely to come together in real life -- was entertaining and one of the many highlights of the Jubilee celebration.   Our Affectiva Media Analytics team ran a survey with our Smart Eye AI Advancement group (Care to join?? Sign up here).  In using our Emotion AI technology, we were able to do a deep dive of how the audience were emotionally engaged.

Everybody loves the Bear and The Queen

Having Paddington and Queen Elizabeth II on screen was able to drive positive emotions in viewers.  While the content had a slow beginning where the butler prepares the afternoon tea and takes viewers with them as he enters the room, we can see that the Smile emotional trace begins peaking as Paddington appears peaking at the 28 second mark when Paddington is on-screen (below).  As The Queen and Paddington interact with one another, the audience continues to smile at the hilarity that ensues. 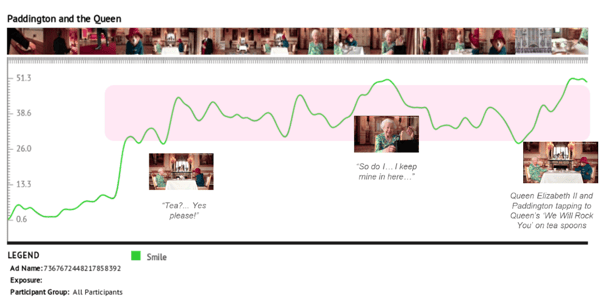 God Save The Queen… from the mess!

In the middle of the short film, Paddington struggles pouring tea for The Queen.  Chaos ensues: the teapot goes flying in the air, Paddington’s paw lands in the cake and the cake remnants splatter on the butler’s face.  In the span of those few seconds, we can see Brow Furrow (blue) and Fear (green) spike at those scenes.

Brow Furrow is a complex facial expression that can denote concentration, tension or confusion depending on context.  Fear, an emotion metric that comprises several facial expressions, when co-fired with Brow Furrow indicates mild tension as viewers react to the momentary possibility that The Queen will be covered in the mess.

In 2021, the Affectiva Media Analytics team announced the release of a new facial classifier pack that included enhanced algorithms, an improved face tracker (learn more about what face tracking is here) and the introduction of two new validated emotion measures of Sentimentality and Confusion.

Sentimentality, described as a “happy sadness”,  is a measure that suggests audiences are reacting to heartwarming moments that make you want to say “aww” to the characters and content.  In testing out this video, our team hypothesized that having elements like Paddington, Queen Elizabeth II and the band Queen in the creative would trigger Sentimentality with viewers.

We can see Sentimentality (below) increase at various moments during the video, most notably when watching Paddington being silly drinking the tea from the teapot spout, and at the end when Paddington thanks the Queen, and the “We Will Rock You” song begins with its classic intro beat.  For viewers who are fans of the royal family and familiar with past jubilee celebrations may have recognized a similar motif of the panoramic view of cheering fans outside of Buckingham Palace that also appeared during The Queen’s Golden Jubilee.  This may have been an additional factor that triggered Sentimentality (and smiles) for those who recognized it. 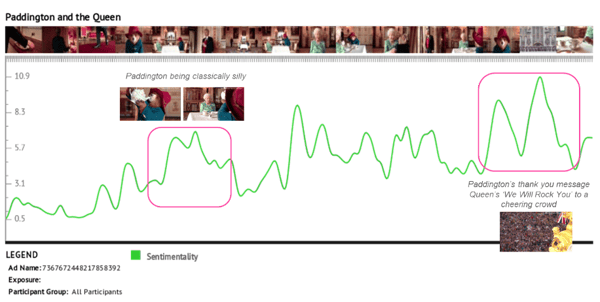 Take viewers on an emotional journey

Ma’amalade sandwich Your Majesty? was a whimsical piece of content that was effective in captivating audiences worldwide.  By implementing Emotion AI, we had the opportunity to disseminate what key moments were most effective and emotionally engaging.  Whether it is a 30 second ad, a 2 minute short video or a feature film in the cinema, our technology enables our research partners to have a moment-by-moment analysis of what parts of the media were most emotionally salient.

The best video creative does not come from having exclusively positive moments, but rather one that can bring viewers on an emotional journey and has an ending that ties all the elements together.  In two and a half minutes, viewers were taken through moments of happiness, tension and nostalgia that has people unable to resist awwing at their screens.

Interested in learning more about Affectiva’s technology in the development and testing of entertainment content? Contact us today for more information, or see a demo now! 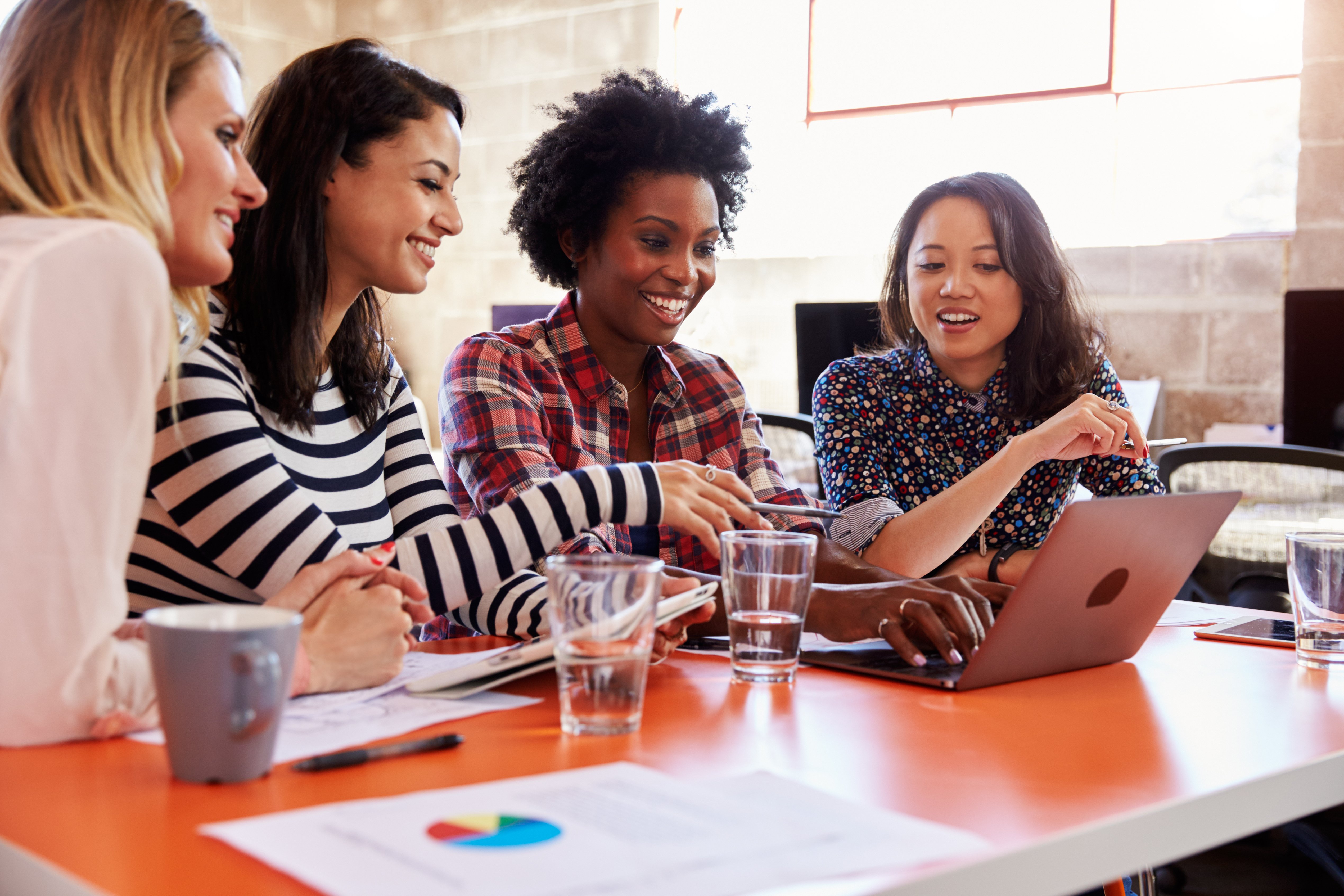