The Power of Emotional Advertising

For years, advertising was based on the communication of rational key messages with traditional marketing research models assuming that persuasion sells products. Show the benefits of a product, persuade consumers’ rational brain that the benefits are desirable, and the sale will come.

Yet this traditional model has come under scrutiny, as marketers have increasingly understood the power of emotions in advertising. In particular, the last few years have seen the rise of System 1/System 2 conceptualisations of decision making. System 1/System 2 are two different modes of thinking, famously articulated by Nobel Prize Winner, Daniel Kahneman in his book, ‘Thinking, Fast and Slow’. He describes the ‘System 1’ mode of thought as fast, instinctive and emotional, ‘System 2’ as slower, more deliberative, and more logical. Research on decision making shows that System 1 responses (as well as the more traditionally understood System 2 responses) are key drivers of decisions. 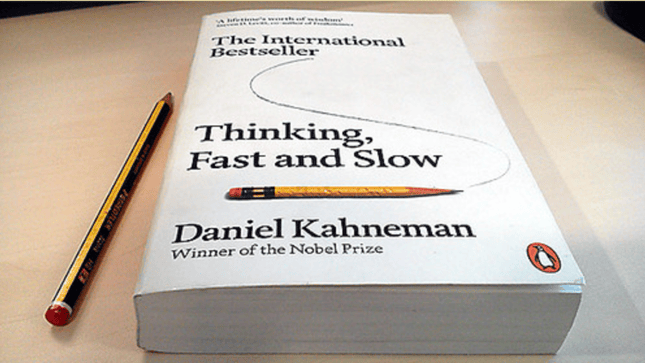 There is an increasingly large body of evidence highlighting the power of emotional advertising.

In 2008, Binet and Field analysed a sample of 880 campaigns in the IPA databank, creating an ‘Effectiveness Success Rate’ (ESR) which is the percentage of cases that reported ‘very large’ improvements in one or more of the following business metrics: sales, market share, penetration, loyalty, price sensitivity or profit. This percentage was compared against aspects of the campaigns to see which campaign characteristics drove the highest ESR. Binet and Field found that the most effective ads at driving ‘very large business effects’ were emotional, which changed consumer feelings towards the brand rather than rationally providing information.

In 2013 Binet and Field updated their study, finding that the positive effects of emotional campaigns were even more pronounced when campaigns were delivered over the long term (3 years or more). Peter Field (2016) recently provided more evidence in support of emotional advertising in his report for the IPA, ‘Selling Creativity Short’. In it he merged the IPA Effectiveness Awards and Gunn Report creative awards databanks in order to compare business results achieved by IPA entries which were also creatively awarded to those which were not. He found that awarded campaigns were 10X more efficient (a measure of market share growth) than non-awarded campaigns over the last 20 years. The hallmark of these campaigns was their focus on emotions; almost 80% of creatively awarded IPA campaigns were primarily emotional in nature.

Nielsen recently came out in support of emotional advertising in their study ‘Emotions Give a Lift to Advertising’ (2016), a study of 100 ads across 25 brands in FMCG. Using their electroencephalogram (EEG) technology which uses headsets to measure brain activity of respondents, the ads were grouped into three classifications (‘Below Average’, ‘Average’ and ‘Above Average’) according to how they scored on EEG activity. Combining this data with their Nielsen Catalina dataset, which measures the sales uplift driven by ads by monitoring the purchase activity of a control and exposed group before, during and after a campaign, each ad’s contribution to sales volume was compared to the average ad for that brand. They found that ads that generated above-average EEG scores were associated with a 23% lift in sales volume over what an average ad would generate (and conversely, below-average ads were associated with a 16% decline in sales volume). 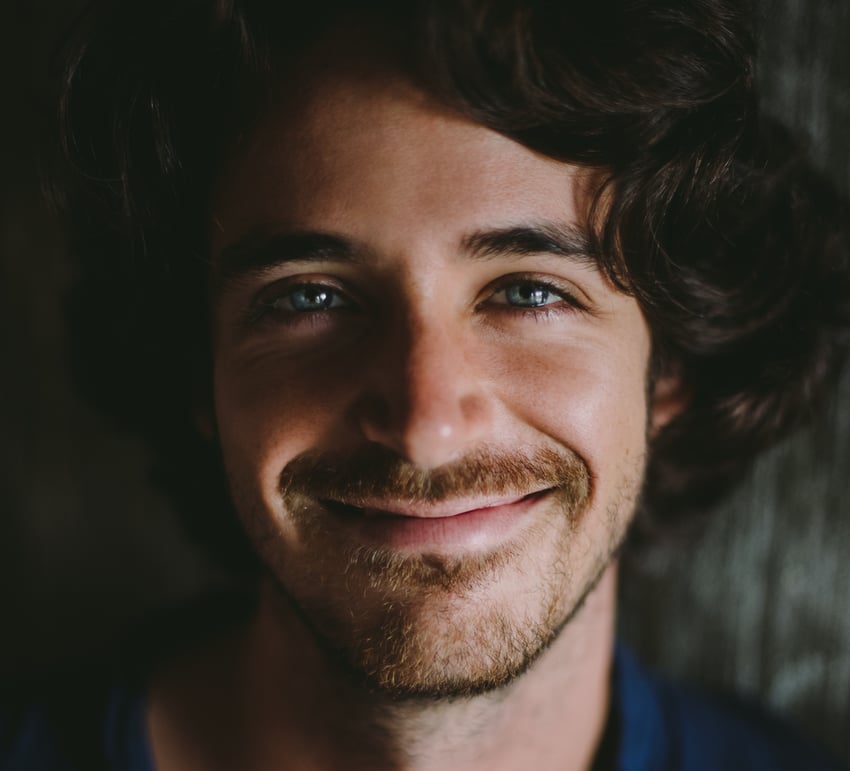 So emotions are becoming increasingly linked with brand outcomes, but what is it about emotional advertising that makes it so effective? The method of action is in memory activation. Karen Nelson-Field’s (The Science of Sharing; 2013, paywall) research into the correlation between emotion and memory asked coders of arousal for a video data set to briefly describe the content of a video they remembered coding two weeks before. Results showed that highly emotive ads are around three times more likely to be remembered than ads with a weak emotional response.

Put simply, people may not remember what you said, but they will always remember how you made them feel. If a brand makes a consumer feel an intense emotional response, that consumer is more likely, consciously or subconsciously, to remember that feeling when at the point of purchase. This then makes them more likely to purchase the product.

How to Measure Emotions

So we’ve established the power of emotions, but how can the 21st Century marketer best measure the emotional responses to content to optimise communications? The large and growing field of neuroscience offers several options:

Facial coding is designed to reveal the emotions that a respondent may choose not to reveal through a self-reporting methodology, by recording facial expressions. A computer analysing the recording can detect minute changes in facial expression, which are attributed to certain emotions. Facial coding is becoming more portable and accessible, with the proliferation of webcams making it easier and cheaper to access respondents at home. However, disadvantages stem mainly from the difficulty of reflecting the accuracy, range or depth of emotion felt through the face.

Eye tracking uses camera and infrared technology to analyse the eye movements of respondents while watching videos, either through an external camera or head-mounted eye-trackers. Computers isolate precisely what elements catch attention, how quickly and for how long. Many other elements can be tracked through the technology, including pupil size and dilation, which can be used to derive emotional reactions to content. Much like with facial coding, proliferation of webcams means this technology is scalable, portable and inexpensive. However, its ability to measure specific emotions is limited – it is mainly used to measure the attention of respondents.

EEG scanners measure brain wave activity via a headset with multiple electrodes attached to the scalp. Neurons firing in the brain cause electrical activity which is picked up by the electrodes. EEG measures instinctual emotions such as lust, anger and excitement, but as it cannot penetrate the regions beneath the top layer of the brain’s electrical activity, it cannot access the areas thought to control different emotions such as pleasure (Haynes 2013). The technology is becoming more portable and accessible, and offers a moment-by-moment analysis of emotional response. However, granularity of emotional response is not provided and data can be difficult to interpret due to a high level of noise and complexity.

FMRI is a technique for measuring brain activity which works by detecting changes in blood flow and oxygenation that occur in response to neural activity. When a brain area is more active it consumes more oxygen and more blood flows to it – FMRI can produce maps showing which parts of the brain are involved in a particular mental process. In terms of emotion, recent studies (including Kassam et al 2013) have been able to correctly identify the emotions felt by a respondent who is looking at a particular stimulus. The process involves respondents lying in very large and expensive machines while brain images are taken every 3 seconds, limiting its current suitability for market research.

Measurements of different parts of a respondent’s nervous system, including heart rate, skin conductance and respiration, vary depending on the intensity of emotion felt. Some companies offer such measurement as a supplement to other more targeted biometric tools, but as specific emotions are not identifiable, it isn’t often seen as a standalone marketing research product.

Also known as ‘implicit association testing’, this test is designed to detect the strength of a person’s automatic association between objects or concepts in memory. During the survey, a respondent is asked to rapidly sort objects into one of two categories; faster pairings are interpreted as more strongly associated in memory, and associated with higher intensity emotion felt, than slower pairings.

Which Way to Turn?

The above techniques offer marketers a brave new world in content testing. They allow for a measurement of System 1, recording responses without the need for respondents to engage their rational brains, which until recently had not been possible. Some techniques (facial coding, eye tracking, EEG and FMRI) also facilitate a second by second analysis of content so marketers can deduce which creative devices are working and which are not. 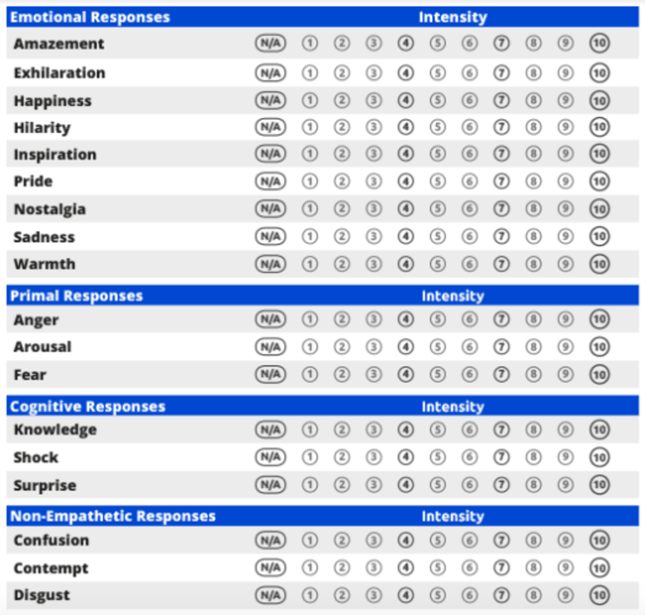 Psychological responses to advertising should match the brand values and personality of the brand which made the ad; not all responses are appropriate for all brands. So one brand may choose to create content that evokes nostalgia, pride and inspiration while another may seek to evoke exhilaration, happiness and hilarity. Yet there is no way to determine which psychological response the audience is feeling using neuroscience alone; these can only be understood by asking respondents what they felt when watching the content.

For this reason, it is essential to combine System 1 neuroscience analysis with System 2 survey analysis; only by engaging System 2 can respondents explain their automatic System 1 feelings. This approach was validated by a recent study by Shen and Morris (2016). They found that neuromarketing techniques become even more useful when combined with traditional measurement tools.

So, in the hands of a skilled researcher, a combination of neuroscience and traditional techniques will produce the most comprehensive results, allowing marketers to understand the precise psychological responses evoked by content, which part of the content is evoking them, and at what intensity. This hybrid methodology is used in Unruly’s content testing tool – EQ (Emotional Quotient).

So all marketers have to do to sell their products is evoke emotions, right? Well, not exactly. If that were true brands would produce feature-length ads left, right and center, focusing on storytelling and not on the product at all. In order to sell products, marketers must attach the emotional response evoked by their ads to their brand.

Therefore, when testing content it’s necessary to have a comprehensive set of brand metrics to understand the extent to which the brand’s message is conveyed by the ad. Traditional metrics such as brand recall, brand favorability and purchase intent are still valid but the modern day marketer needs to add to this toolkit by testing for new aspects of advertising that are becoming increasingly important in the modern world.

Unruly has found that authenticity is a key requirement of consumers. Advertising should embody the values and behaviours of the brand and the majority of viewers lose trust in a brand when an ad feels fake.

Making ads personal is also very important. Most viewers either don’t mind or like it when they see ads to which they can relate.

Finally, the use of stereotypes in ads is also coming under scrutiny. One major brand has recently defined stereotypes using three parameters: role, personality and appearance. They test ads to see if they are regressive, normative or progressive with a view to ‘unstereotyping’ their own advertising.

Marketers must ensure that the testing tool they use covers both traditional and emerging brand metrics to create world-beating content for the 21st Century viewer.

Ian Forrester is Unruly’s Global SVP of Insight, with 14 years’ of insight experience gained during international roles at L’Oréal, Nestle, Tate & Lyle and Sony. Ian allies his expertise in consumer, shopper and commercial insight with a deep understanding of social video to form outstanding content strategies for our forward-thinking clients.